John Bourne who farms at The Bank near to Malpas in Cheshire is the lone and solitary cheesemaker who still makes this traditional Blue Cheshire cheese and he is determined not to let the Blue Cheshire Cheese dwindle into obscurity and be forgotten.

Cheshire Cheese is probably one of the oldest cheeses in British recorded history. Some say that the Romans when they came to Chester in AD70, returned to Italy with Cheshire Cheese, although not in a form we would recognise today. It is also claimed to have been mentioned in the Doomsday book of 1086, when William The Conqueror ordered a survey of his lands and the wealth of his subjects in order to raise taxes to pay for his armies, however, Cheshire Cheese does not appear; according to  Andrew Dalby in his book; Cheese, A Global History.

Cheshire cheese is dense and hard with a slightly salty tang due to the Cheshire pasturelands being above vast deposits of salt left since the Triassic period, some 220 million years ago. It is made, nowadays, with pasteurised cows milk, to which a starter is added before the vegetarian rennet is put into the warmed milk. The curds and whey form in large open vats that are gently heated to 30 degrees centigrade. Once the curds are set, then the whey is drained away and sometimes used for making farm butter. That is how John uses the whey in his dairy.

The curds are then salted and milled into small pea-size pieces before being placed into cylindrical moulds. Then pressed in a cheese press for up to 36 hours to extract as much moisture as possible. The cheeses are bound in cloth and left to mature in the maturation room or cool cellars. Each day the cheeses are turned either by hand or using a machine. The turning allows any remaining moisture to pass through the cheeses, this action prevents them from drying out.

Originally, though, the blueing was a completely natural process as the cheese was not as dense as it is now and natural spores would have entered the cheese whilst it was maturing in the damp cellars of the Cheshire farmhouses.

John Bourne’s Blue Cheshire cheese is veined like a Stilton but is far less creamier and certainly doesn’t have the orange colour of a Shropshire Blue. It was once much lauded and favoured in the London clubs of the 17th and 18th century such as Whites, Brooks and Boodles. It featured on the dinner table or sideboard and was often found in wooden cheese coasters. Which were, normally, crescent shaped mahogany affairs, with brass wheels, that moved the Blue Cheese from person to person along the dinning room table.

The taste of Blue Cheshire cheese is quite unlike any other blue cheese with an almost dry salty tang that will linger on the tongue for many minutes. The delicate veining adds an extra taste dimension that can be described as almost earthy but certainly not unpleasant and almost bordering on to a rich and tangy flavour. The paste of the cheese is a rich creamy yellow that contrasts perfectly with the pale blue veining throughout the cheese.

Unlike many other cheesemakers who use industrial production methods, John uses traditional ‘hands on’ techniques to produce cheeses which have been awarded gold, silver and bronze medals at the British Cheese Awards, prizes at the Nantwich International Cheese Show and Gold and Silver Medals at the World Cheese Awards.

If you are looking for historical recipes that uses John Bourne’s Blue Cheshire cheese and that have been made over the centuries on Cheshire farms, then look at; https://historyservices.webeden.co.uk/old-cheshire-recipes/4566017940

The renowned chef Simon Rimmer, when interviewed by The Guardian newspaper, said of John Bourne’s Cheshire cheeses; “’John Bourne is a Cheshire cheesemaker and considered among the best in the world. What he can do with cheese is incredible; he’s a master craftsman.” Simon has crafted a superb recipe: Apple and Cheshire Cheese Cobbler.

John Bourne’s Blue Cheshire cheese is best at room temperature. Remove from the fridge when you open your bottle of wine; thus allowing the temperature of the cheese to slowly rise.

When you have finished. resist the temptation to wrap the cheese in cling film or place in an airtight container. Cheese needs to breathe or it will sweat. So rewrap in the wax paper your cheesemonger used and place it in the crisper draw of your fridge. Cheese stored like this will keep for up to 14 days from the date it was cut by your cheesemonger. If some white blooming appears, it is totally natural, don’t be concerned, just remove it and enjoy the remainder of your John Bourne’s Blue Cheshire cheese. 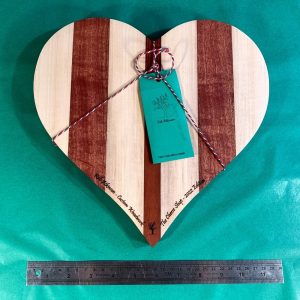 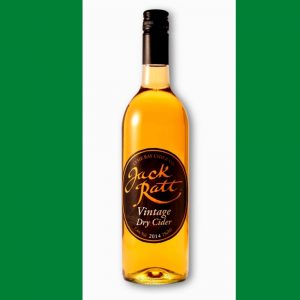 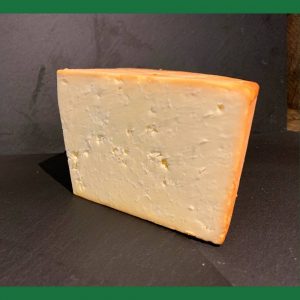 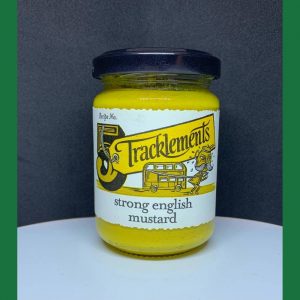 It is the only traditional raw milk Brie-de-Meaux style cheese produced in the UK. In fact, even the French would be jealous, as the cheese

Capricorn Goats cheese was first created in 1983 and, since then, has won an outstanding 43 awards, including; Best Goats Cheese at The Nantwich International Traditionally it was made on small farms in the counties of Glamorganshire and Monmouthshire, South and Mid Wales. Thought to have first appeared in the