Double Barrel Lincolnshire Poacher cheese is the pride of Lincolnshire and justifiably so! It is not only an amazingly tasty cheese but it is also one of the Cheese Shop Nantwich favourites.

Simon Jones works the family farm; Ulceby Grange at Alford, which is 10 miles from the coast on the Lincolnshire Wolds. Simon is the fourth generation to be farming the land. It was Simon’s father, Richard, who first started dairy production in the early 1970s.

It was Simon’s dream to make cheese using the farms own milk, so he took a course at Reaseheath Agricultural College, Nantwich, which is famous for it cheese production and tutoring. Simon toured around the cheese-making dairies in the South West of England, to further his “cheese education”.

Returning home, Simon started a small dairy of his own with a 1000 litre vat and helped by the guiding hand of Welsh cheese maker; Dougal Campbell. He turned up at the farm with a Schweppes tonic bottle containing rennet and a wealth of experience gleaned from his time making cheeses in Switzerland. There he studied and made Alpine hard cheeses.

Simon was later joined on the farm by his brother Tom and the two brothers are committed to producing the best cheese possible, using their own unpasteurised milk and traditional methods.

Double Barrel Lincolnshire Poacher is the grown-up brother of the farm’s other notable cheese, Lincolnshire Poacher. It is made with milk from the families 230 head of Holstein Friesian cattle. The cows originated from over the North Sea in Denmark but have now become the staple milk-producing cow in the British Isles and are known for their distinctive black and white markings.

The recipe for Lincolnshire Poacher is a cross between a West Country Cheddar and an Alpine Comte styled cheese and delivers a unique and totally delicious cheese.

Using raw, unpasteurised evening milk that is allowed to cool overnight before the warm morning milk is added, along with a starter, to turn the milk sugars (lactose) into lactic acid.

John, the head cheesemaker and his assistant, Ed, ensure that Double Barrel Lincolnshire Poacher is made in a time-honoured manner. Traditional animal rennet is added (1 litre to 5000 litres of milk), which separates the curds from the whey. The milk is heated to 41 degrees centigrade, slightly higher than normal hard cheddar cheese, before the curds are cut and recut and finally stacked, one on top of the other, in a process known as Cheddaring. This process is repeated several times to ensure maximum moisture loss. The curds are then milled and salt is added.

The final stage of making the cheese is to put the salted curds into the moulds, each holding 20kg and pressed for 36 hours to displace any remaining moisture. The cheeses are stored on wooden shelves and turned each month, whist maturing for up, to between 18 and 22 months. This is significantly longer than Lincolnshire Poacher cheese which is matured for a mere 14 to 16 months!

Double Barrel Lincolnshire Poacher has a rich and almost nutty taste that sometimes gives a hint of pineapple. This hint completely foxed Simon Jones and his team, who have no idea where this taste came from. One explanation could be that the farm lies on very chalky soil. Another more likely explanation is the use of Plasticote. This is a liquid cheese coating that promotes a natural ripening of the cheese and seals in more flavour than cloth binding would do.

Double Barrel Lincolnshire Poacher will linger on the tongue for quite a time. Its strong and mature paste makes the perfect ingredient for a ploughman’s lunch or as a star on your cheeseboard.

The brothers have consistently won awards for their cheese since 1994, including at the World Cheese Awards.

Double Barrel Lincolnshire Poacher is best at room temperature. Remove from the fridge when you open your bottle of wine; thus allowing the temperature of the cheese to slowly rise.

When you have finished. resist the temptation to wrap the cheese in cling film or place it in an airtight container. Cheese needs to breathe or it will sweat. So rewrap in the wax paper your cheesemonger used and place it in the crisper draw of your fridge. Cheese stored like this will keep for up to 14 days from the date it was cut by your cheesemonger. If some white blooming appears, it is totally natural, don’t be concerned, just remove it and enjoy the remainder of your Double Barrel Lincolnshire Poacher. 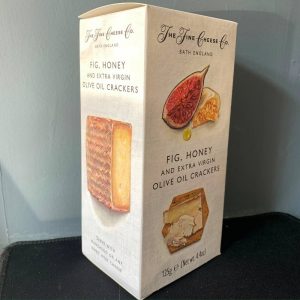 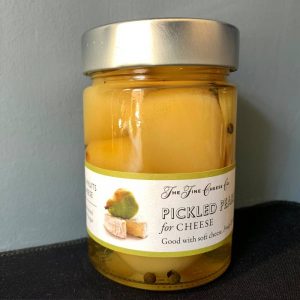 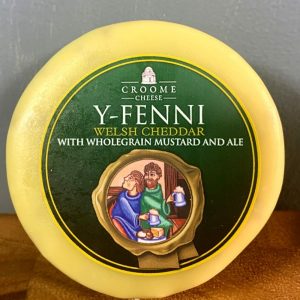 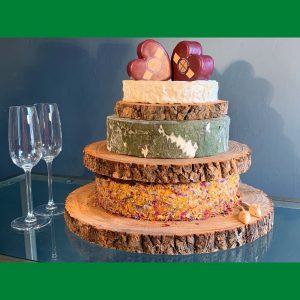 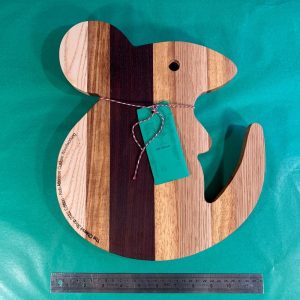 Mouse Cheese Board by Robert Atkinson 2022

£37.50
Get In Touch
Popular searches for Double Barrel Lincolnshire Poacher Cheese
Get In Touch One thing we do know about Cheshire cheese is that it was the most popular cheese in the marketplace in the 18th century. With almost

Overlooked by Northumberland’s picturesque Cheviot Hills and set in the Glendale valley, the North Doddington Farm is home to a herd of Friesian-Ayrshire cows and, 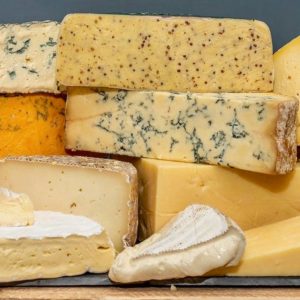 “Vinny” is a local Dorset term related to the obsolete word “vinew”, which means to become mouldy. Another explanation has it that “vinny” is a